The Vikings have been rowing since 1990. The team originally raced in a boat owned by Maersk, which they then acquired in 2009 and renamed the Valkyrie. 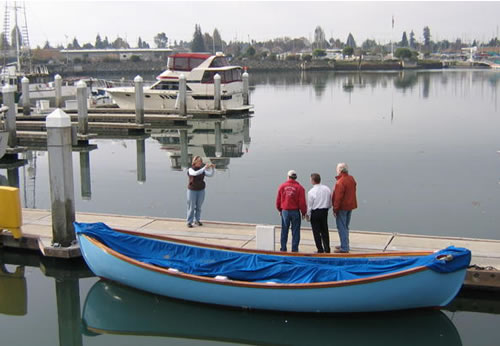 The team was formed after Darryl Laxo approached the Sons of Norway to sponsor a team for the California Maritime Academy's Whaleboat Regatta. The regatta offered an opportunity for those of Scandanavian decent to explore their heritage of fishing, exploring, and sailing.

Despite the fact that the average age of the first crew was 55 years of age, they put in a decent performance in the 1990 races. More importantly, they enjoyed some great physical exercise while on the water.

The team has been rowing ever since, and now sponsors Sprint the Pier, a whaleboat race and viking games at the Berkeley Marina each fall.

Our Mascot, Pickles, the Viking 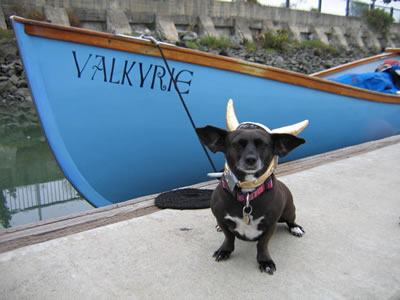